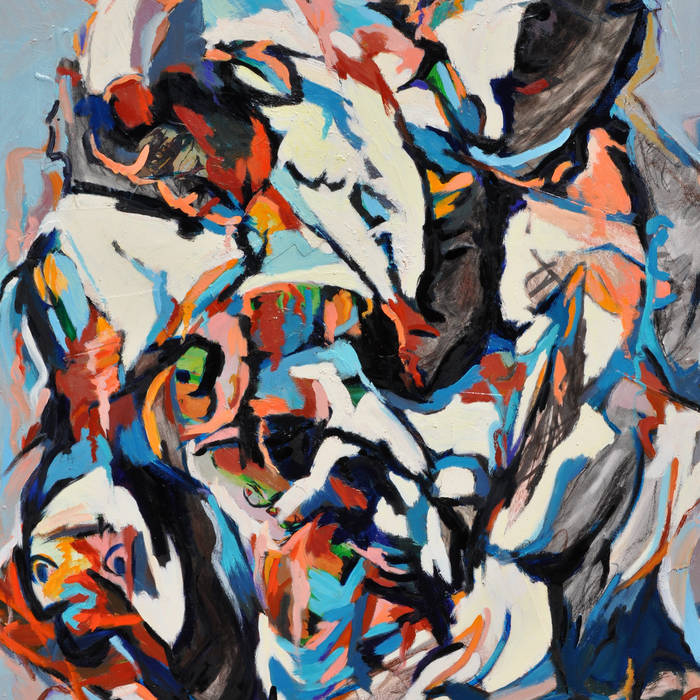 E.I.E. is an electronic music and spoken word album based on the novel of the same name by Derek Hunter. The words spoken on the album are passages from the novel, performed by Hunter.

The album has selections from specific parts of the novel to give the listener an overview of the general story. One can simply listen to the album and understand the story of the novel, and the album can be enjoyed as a work onto itself.

The novel though, of course, goes into more depth, has more layers and richness of characters, language, and narrative. if you enjoy this album, the author highly recommends reading the book as well.

Here is the link to the book's page on the Love Chaos website:

(The above page for E.I.E. on the website is where one can find the link to the book on Amazon. Bandcamp does not allow links to other stores here in the description.)

E.I.E. Eye. I. Eye. The Middle Eye, the one not seen, the one in-between the two physical eyes is what is known as the Third Eye, the window to true insight. E.I.E. (pronounced the same as "eye") is not a boring self-help book, not a guide through spiritual nor esoteric nor mystic living. E.I.E. is a novel and however much it wishes to help the reader through life, it's main focus is telling a story.

E.I.E. is also a rambunctious, unconventional, some may say sinister celebration of being out of touch with the armies of social acceptability, all the while cherishing and valuing and esteeming Innocence of Soul, even in the midst of a "Satanic" rebellion against "God" and "God's Laws" ...

Robert Robillard is facing a crisis. He's never contemplated suicide before but now he is. Instead of killing himself, though, he decides to leave town, to leave Los Angeles, with no destination whatsoever, only to get away from his life and his desperation. Unfortunately, while in the midst of his travels, he ends up murdering a couple in an Arizona small town. While committed in self-defense, he grapples with not only the legal ramifications but moral.

He goes back to Los Angeles, not knowing if he should, but that he wanted to see the people he knew one last time before disappearing possibly forever and starting a new life somewhere else. A girl who he was dating helps him with a destination: a friend in Montreal, Quebec, Canada who can alter his identity. Before going there, though, he decides to go to Texas to see Alma, the older woman who he had been in love with for the last three years.

The father of the murdered couple, humble, old, and unpopular Abe McAndrews, is on the hunt for his son and daughter's killer. Because of the sheriff's lack of interest in finding the killer, Abe resorts to getting the aid of the "man-child" Gary to help him hunt down the killer.

This coming of age novel is a tale of 23 year old Robert Robillard, his loves, his lust, his madness, his sanity, his heroic struggle to combat the inequities of ironic iron in this ice-cold ionosphere of the world's commonplace "i."

It is an adventurous adventure story, exploring the depths of the mind, the pleasures of sex, the proper use of drugs, the moral dilemma of social obligation, and a spiritual slight of hand that includes no less than the breaking of all Ten Commandments.