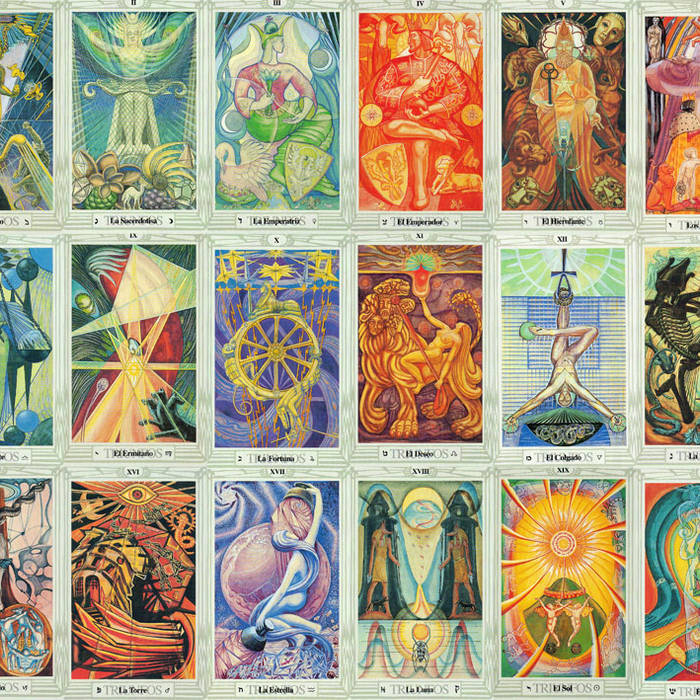 The 22 tracks represent each of the 22 Major Arcana (Trump) cards in Aleister Crowley's Thoth Tarot deck.

The album is entirely instrumental, with use of my voice only as another instrument and like much of the musical elements, distorted to effect.

Each track has been an attempt by me to express the meaning of the 22 Major Arcana in Crowley's deck in purely musical terms.

On the separate page for each track here on Bandcamp is an image of each card.

Simply click on the title of each track/card (or "info") and you'll be taken to that track's/card's individual page where the individual card will be shown.

Along with this is Aleister Crowley's description for each of the 22 Major Arcana cards, all descriptions quoted from his book, The Book of Thoth.

In addition, on the Love Chaos website, there is a page devoted to the Tarot, discussing Crowley's Thoth deck and also Love Chaos Tarot, a form of divination that I do and how it relates with Crowley's interpretation of the Tarot and others:

The art on the cards was by Lady Frieda Harris, who worked with Crowley for many years on the deck and executed his ideas brilliantly in visual forms.