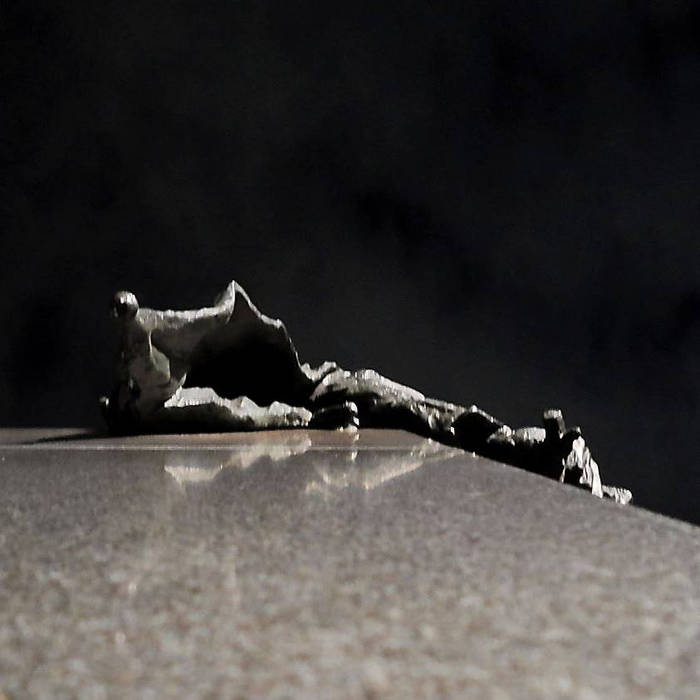 Surrealist Saints is a covers album, each track a cover of original songs by the late and great band, Coil.

Band members of Coil included Jhonn Balance, Peter "Sleazy" Christopherson, Thighpaulsandra, and others. (NOTE * - For the individuals involved with the original songs covered here on this album, credit listings are given on the separate page for each track.)

This album is dedicated to the late and great originators of Coil, Balance and Christopherson, and to the others who worked with them.

Balance pushed himself to the limits of experiences in the same tradition as the Surrealists he so admired and by others, specifically Austin Osman Spare.

Spare was in many ways the Godfather of both Surrealist art (and writing) and the currently popular magickal trend, Chaos Magick, two things which Balance and other members of Coil have practiced. Balance cited Spare as his biggest mentor in both life and art.

Aleister Crowley, while never associated with Surrealism and known more for his Esoteric and Occult status, was another influence on Balance and Coil in general.

I think that Balance's admiration for Spare and Crowley stems from their shared belief with the Surrealists: humanity needed to be jolted, shocked, psychically hit hard to free them from the constraints of The Shrine of Mediocrity.

And so too did Balance follow this same sense of adventure and exploration in his life and in his music, as the two were closely intertwined.

The Living of Life was also the Living of Art and when one gets immersed into the music of Coil more and more, one becomes fully cognizant of this fact.

Balance and Christopherson in particular, but the others who worked with them as well, were indeed "Saints" in this way.

They lived their lives and did their work with no compromise, pushing full steam ahead in the Name of Exploration.

They did not take life for granted and while alive brought their lives and their art to the fullest capacity of expression.

They were Lights to be Followed.

This album is in no way, shape, or form an attempt to create something as good as what Coil created. It is simply one individual, me Derek Hunter (along with exceptional cover art by Brad Crothers), creating a work in their Honor.

Please take the time to check their music and their lives out. it will be more than worth your time.

The most comprehensive list of Coil's discography is to be found on Brainwashed:

Also, here is a YouTube Play List which I created that gives an excellent showing of their work both in the studio and live (and interviews) and some other offerings -

Thank you and enjoy.

Balance's lyrics to each track is included here. Simply click on the title of the track or "Info" to be taken to a separate page for each of the nine tracks and there will be the lyrics to the song.

Also, track credits for the people involved for each song are also listed on the separate page for each track.

Music by Derek Hunter, inspired by the music of Coil.

The lyrics in these tracks were written by Jhonn Balance, who did the vocals for the original songs.

Vocals by Derek Hunter for this album.