The Light and The Dark 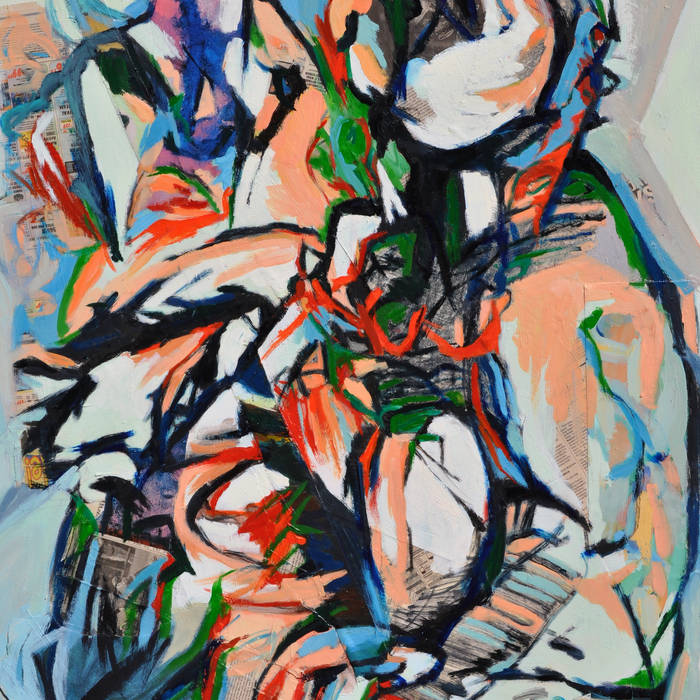 The Light and the Dark is a 38 track 2 hours and 24 minute electronic music album exploring William Shakespeare's plays and poems. It's the first one of its kind I've ever seen. I've been studying and enjoying Shakespeare's works for the last 20 years and have been inspired and thrilled by hundreds of different productions, and really cannot remember coming across a project like this one you're about to hear.

The concept of combining vocal performance of Shakespeare's work with this kind of modern electronic music is something I'm sure someone has done somewhere but again, in my years of enjoyment and study I have yet to come across it and so felt it should be done. The idea of merging the two art forms was very exciting to me and I thought of doing it in different ways.

One was to get multiple actors involved to play the different parts and direct them and possibly not act in any of the scenes myself. Another idea was to act in the scenes with the other actors. Another was have one female act the scenes with me, she playing the female roles and I the males, the two of us doing multiple roles but both of us doing only our own sexes.

I also thought at one stage of not having any music whatsoever, of doing this recording like a traditional radio style production, either with multiple actors or myself, but with no music.

I ultimately decided to turn this project into a One Voice, One Expression Endeavor, WITH music and with this KIND of music, to do something different and unique. I love to collaborate with others, both actors and actresses and other music creators and have done so in the past.

But then it struck me this project could be very interesting if expressed as One Voice: William Shakespeare's via mine. Essentially the project would be simplified to being about one person channeling or interpreting The Bard and not several interpretations. Now Shakespeare meant the plays to be acted on the stage by multiple players and not one person but the words came, most likely, from one person. If not entirely all his, the finished plays seem to be his achievement.

There is a certain singular vision behind Shakespeare's work running throughout, from play to play, even from comedies to tragedies, to the poetry, however different the tone and subject matter. I felt by having one actor, myself, play all the parts, both male and female, there could be some interesting things being expressed aiming for that singular vision of The Bard that multiple performers actually are not able to do.

Oddly enough, despite the difficulty of having to hit the right notes for multiple characters, both male and female, as I was performing the scenes many times I found this to be true. There is something one person can express that a normal large cast cannot. Not that it's better, just different.

There are some other gender role playing elements involved as well I thought came out that was interesting in some of the scenes between female and male characters that was not focused on sexuality - heterosexual or homosexual - but simply focusing on the EMOTIONS of the scenes.

Thus was what I was trying to go for, and also what I would imagine what Shakespeare's audience would have understood in his day since they would have been watching men play both the male and female roles without implication of homosexual love on stage (since such a love was not allowed in the late 1500's and early 1600's).

Each track in this album - except for the instrumental only ones - shows what play its from, what act and scene it is, and the dialogue from the scene between the characters. There are also 4 sonnets and are shown which ones they are and have the text from the sonnets included. In order to read the text from the plays and sonnets you must click on each individual track, which will take you to another page just for that track alone.

The style of the electronic music varies, going from Industrial to Noise to Ambient to Goth to Electro to Experimental to Jazz Electronic to Dark Ambient to more. I feel this style of music fits well with Shakespeare, both in the dramatic works and the comedies. Shakespeare's language, as has so often been noted, is extremely musical, and flows so well with the rhythms and beats of electronic music I feel that the sounds you hear reverberate in ways that heighten the drama or the humor.

Also, my voice has been distorted to give a combination of an old radio production from the 30's meets synthesized vocals found in many Industrial/Noise/Goth bands.

Not that Shakespeare needs the help but this is definitely a new and interesting and dramatic way to experience The Bard. The intensity of the Industrial music brings the listener to an audio realm that compensates the lack of the visual in ways that a traditional radio production cannot. The music on this album is another layer, another expression of the drama. It is not simply background noise but an essential element of the emotions of the characters.

Which leads me to the conclusion - as we go deeper into the 21st century and find new ways to make Shakespeare fresh and alive, this is definitely a way to make it happen. The reason: Shakespeare wrote his works meant to be HEARD. People went to LISTEN to his plays. Vocal performance is territory that is something that can be made even more electrifying by the presence of electronic music. It forces the listener to listen to The Bard.

For if the 20th century was about interpreting The Bard VISUALLY with some fantastic cinematic transformations by filmmakers such as Orson Welles, Akira Kurosawa, Peter Brook, and many more, an unexplored realm is the area of SOUND. Shakespeare would love for us to explore this realm for this was His Kingdom. Listen to The Light and The Dark and explore that Kingdom yourself. Thanks and enjoy.