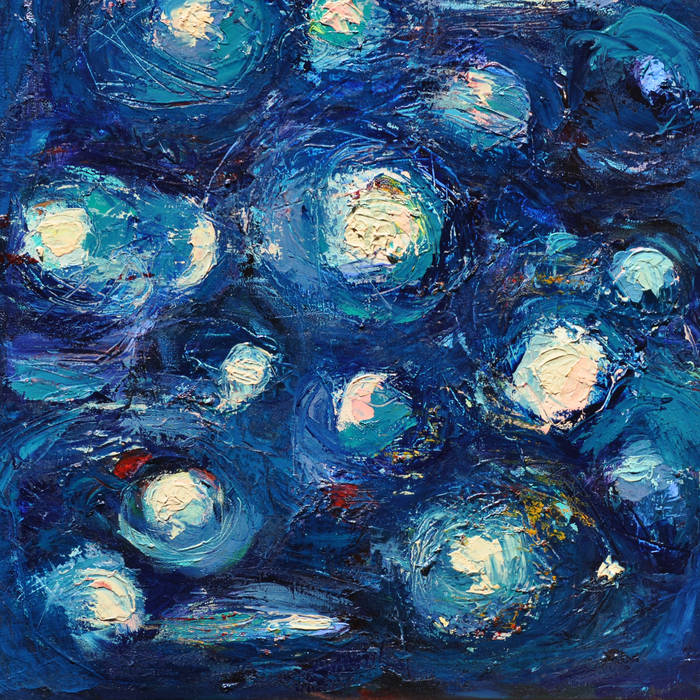 The order in which the tracks are listed in this album are not quite the same as they are ordered in the book. The book begins with the Black Light stories, 5 female tales then 4 male tales (the division of stories will be explained below), but the album here begins with the 9 White Dark tales, 4 female and 5 male. The reason for this was that the White Dark tracks give a better sense of the separate stories being told, making it easier on the listener to tell that each track is a separate story. Each track/story is told in first person, both female and male characters.

On the individual page for each track click on "info" next to the title to be taken to the page. There is the text of the passage read by Hunter and also the section the story is found in (White Dark - The Women for example). One may notice a surreal nature to the language used in the stories and this was done intentionally. Black Light White Dark, like most of Hunter's fiction, was written in what he calls Chaos Riddle Prose. For an explanation of Chaos Riddle Prose, one can go to the Books page on the Love Chaos website:

For a better understanding of the book and thus the album, here is a description of it from the Love Chaos website:

The 18 tales are divided into two main sections, 9 romantic comedies within the realm of Black Light, and 9 dark comedies within White Dark. They are all written in Chaos Riddle Prose and take place in the City of Angels - Los Angeles.

The lead characters in Black Light, both female and male, however different they are from each other, share a strength of character defined by unconventional innocence. Thus the "black light." The "light" refers to innocence, and the "black" points to an individual who, despite their innocence/Light, are deemed as outcasts.

Also, black, depending on who you ask, is the creative color behind all other colors and so represents the creative force behind everything. At the same time black, as most people see it, represents death, the after-life, the place we all go when we die. In both cases black represents the spiritual, non-materialistic "force" (God, The Tao, Nirvana, Heaven) behind the materialist world. All nine characters have a certain purity and awareness about them because they are more in touch with that "black light."

There lies the "white" in them just as the color white is commonly associated with Purity, Innocence, Good, Truth, and Honesty. These characters at first appear to the world around them to be "Good Guys" and "Good Girls." The "dark," the hatred for others and themselves is not easily seen. It comes out through normalcy and conventionality, through their "whiteness" through the very things that is commonly accepted as being the "Right" way to be. Thus, White Dark.

Here is the link to Black Light White Dark's page on the Love Chaos website, where one can find a sample from one of the stories and the link to Amazon to purchase the book: